Just this morning I was chatting with a couple of buddies about some of our favourite gaff wallets and despite all of us coming from different parts of the world, the clear consensus was that we are utterly spoilt for choice with the wide range of magic/ mentalism wallets available today! Everyone’s got their own personal favourites and for good reason too, so that makes it tricky to pin down what’s exactly “the best wallet” currently out there but I was surprised my friends didn’t know about a particular pet favourite of mine which isn’t just a stealthy card-to-wallet, it’s also a clever confabulation device that also allows you— the mentalist— to covertly gain information from a folded business card. Read on to find out more about this brilliant peek device, the Blind Man’s Wallet by Menny Lindenfeld. 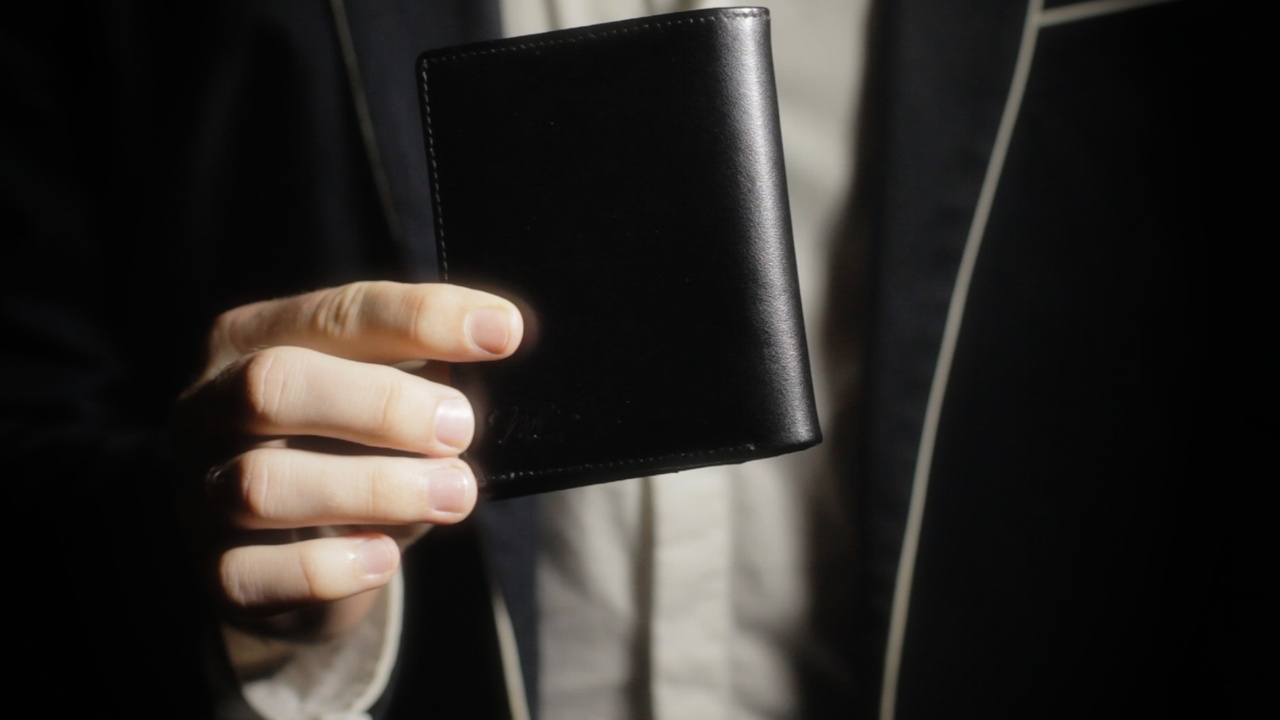 I got mine direct from Penguin Magic and the set arrived inside a sturdy black and silver cardboard box with the smooth black leather wallet wrapped in plastic. The password for the online instructions comes printed on a card and following the link gives you instant access to a video tutorial which runs just over an hour long, taught by the creator himself.

The outside of the Blind Man’s Wallet has Menny Lindenfeld’s initials in cursive subtly imprinted in a corner, and inside we have compartments to store cash and cards (just below the zipper are three card slots) so I understand why some performers would choose to use this as their every day wallet as it sure passes off as a regular one.

However I come from the school of thought where I like to clearly separate my magic props from the everyday stuff; my show boots and clothes (because they’re costumes) as well as the bags that I use in my shows are only used when I am performing at a gig. This helps to maintain their condition and keep their lifespan for longer …although in the case of such gaff wallets, I do make it looks like they are regular wallets that I actually use. I do so by glueing thin strips of carefully cut expired credit cards in both my Blind Man’s Wallet (as well as Stealth Assassin and other wallets) to make it appear like they’re just normal cards sticking out of the wallet’s inner pockets. Since I only open my wallet up for a casual flash during the removal of the business card and then then insert, no one has ever questions it.

With proper care and handling, this should last a long time. I like its small size as it’s just a little bigger than a deck of cards and slips into your pocket with ease.  At its present price point, Menny has obviously targetted a certain demographic so his target audience wouldn’t be young tweens. It would be odd seeing a boy using a grown up’s genuine leather wallet anyway! With its sleek black unisex appeal, the Blind Man’s Wallet would be perfectly suited for strolling magic at a wedding or classy cocktail event, as well as, for table hopping at an elegant restaurant setting.

One more thing: I can tell for a fact that this is made of genuine leather, just like they mentioned in the ad copy. *sniff* Ahhhhh… Yep, it has that recognisable scent of real leather! 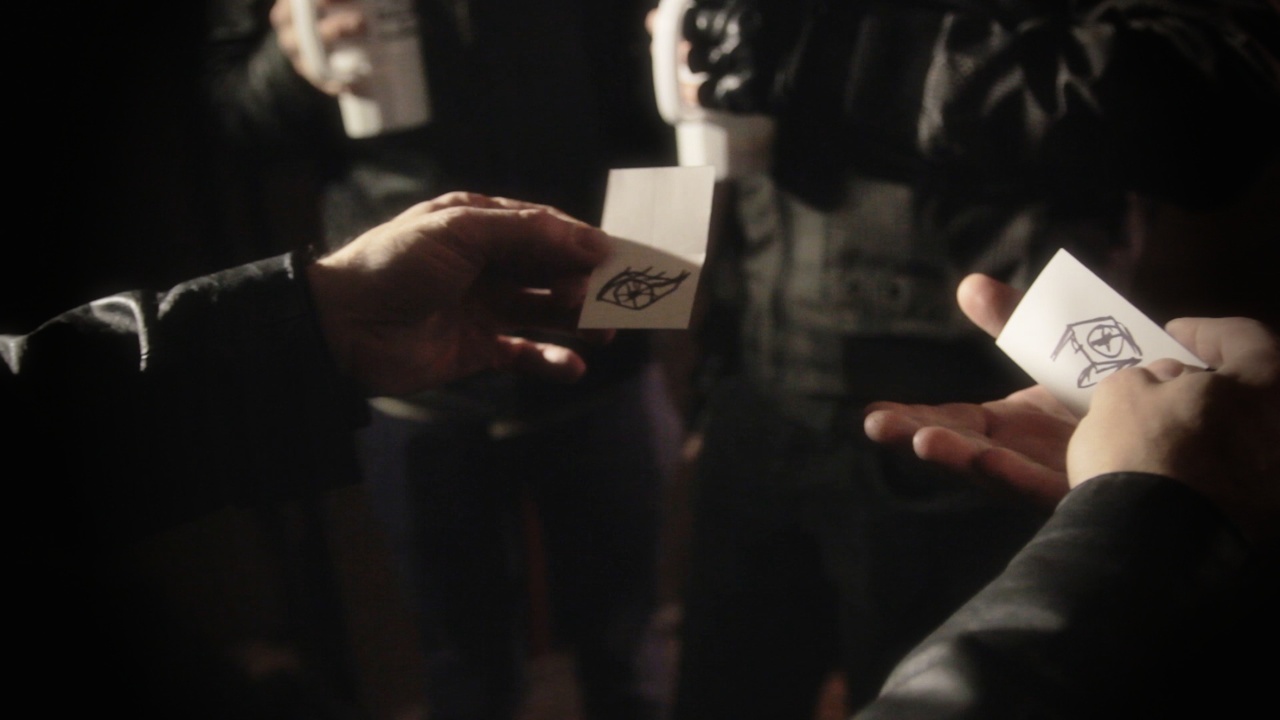 The Blind Man’s Wallet is a very clever 3-in-1 device so it’s no one trick pony. There are hidden plastic sleeves that help you to smoothly execute a card to wallet type effect, besides allowing you to perform an interactive confab routine where you remove a prediction from the inner zipper compartment of your wallet. What I use this chiefly for however, is as a peek device. It always warms the cockles of my heart seeing how people go absolute nuts once they see that I’ve uncannily replicated what they drew/ wrote/ scribbled on a business card that was folded up and put away.

No, you don’t need to be a pro to pull this off. In fact, this diabolical wallet may just make you look like a pro. Of course some practice is required especially if you intend to do a CTW routine that needs sleight of hand, and you’ll have to bust out the usual sneaky moves for the confab routine presented by Menny in the video which sees you pull out a small sealed envelope from the inner zipper compartment and reveal a matching prediction of all the choices made by your adoring audience. However if you’re just using this as a peek device, you’ll be good to go in 5 minutes after finishing the tutorial.

A couple of tips to make this work smoothly: I use thin unlaminated business cards which are completely blank on one side, and a quick dry ballpoint pen. For an added level of security, I’ve also modded my wallet with thin strips of magnets for the secret flap just like on the secret compartment of my SAW… but that’s completely up to you and isn’t a requirement at all. The Blind Man’s Wallet is something you can use right out of the box!

If doing center tears make you feel nervous, the Blind Man’s Wallet by Menny Lindenfeld is a brilliant way to get information from a folded business card/ playing card/ piece of paper in what truly looks like the fairest way possible! People may just believe you have real psychic abilities so use this one with care 😉

Since these custom made wallets are produced in limited quantities, grab yours from Penguin Magic while stocks last! 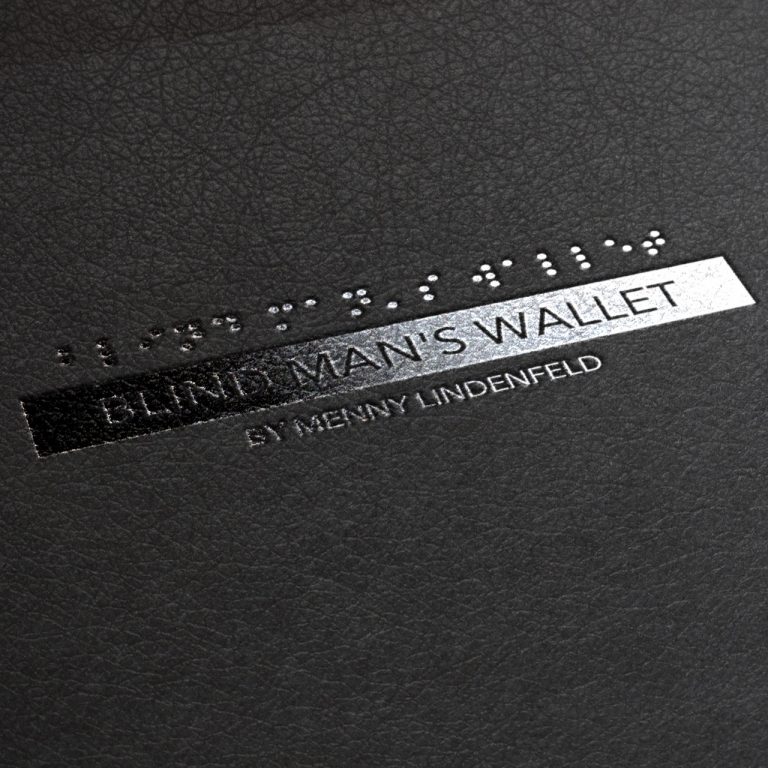