So when I reviewed Dee Christopher’s Razor Wallet the other day, I shared that I use it to carry my favourite packet trick in the world… Max Maven’s B’Wave Deluxe. Before I knew it, emails started streaming in from curious magicians asking just how different the B’Wave Deluxe is to the original …so I decided this amazing gem deserves its own proper review.

Read on to find out more about this deviously brilliant card effect by Phil Goldstein aka Max Maven and why you should get this! 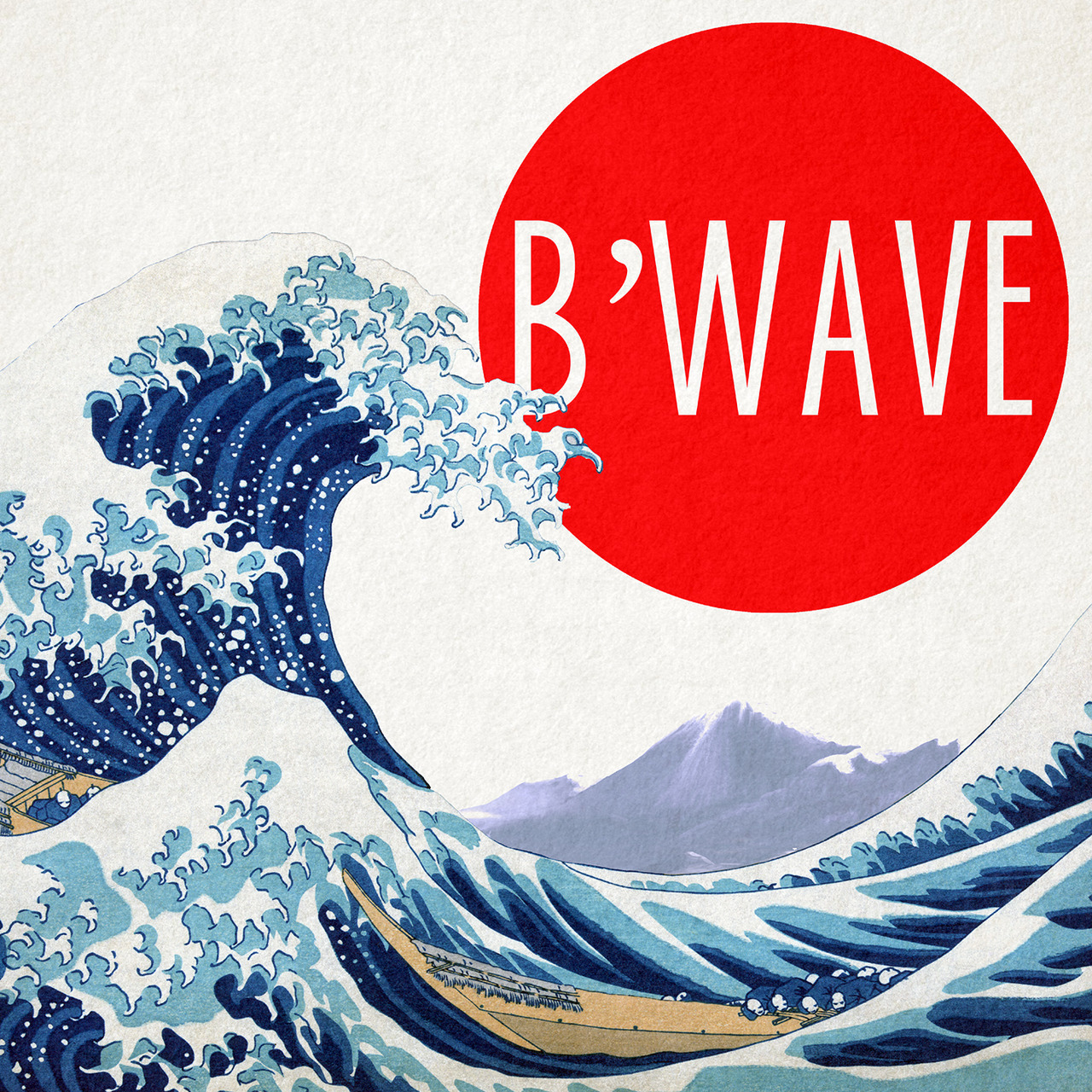 “The best packet trick of the 20th century.” – Eugene Burger

You bring out four cards and ask your spectator to name any queen. You then cleanly spread those four cards on the table. The only face up card is the chosen queen. Then you turn it over and its back is a different color than from the rest of the cards. As further proof that you already knew queen they would say, you turn over the rest of the cards and they are all completely blank.

2019 UPDATE: B’WAVE DELUXE now includes a full instructional video from Max Maven himself, teaching for the first time EVER all his latest handling, scripting and theories. The kit comes complete with MULTIPLE sets of gimmicks so you can perform with queens, kings, or jacks. Plus you’ll get blank cards as well as jokers in case you want to use “normal” cards only. 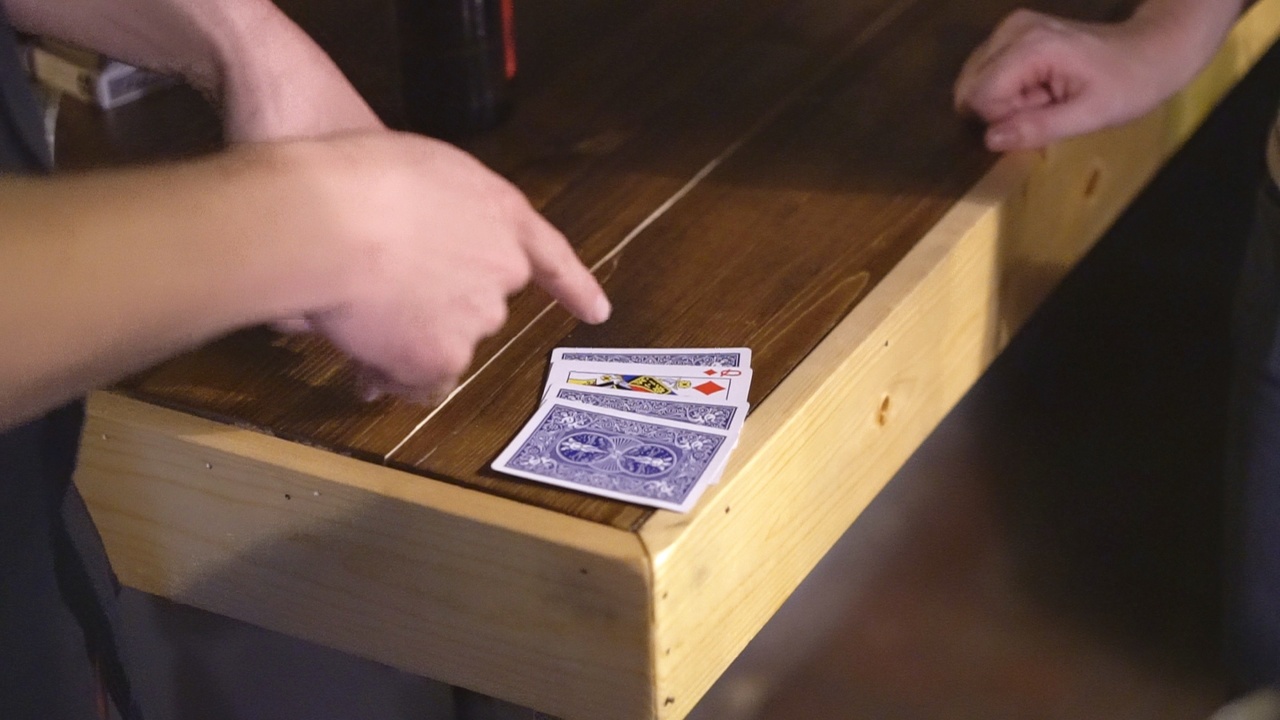 Full disclosure: I love this trick so much, I bought several spares because it’s such a great effect to do!

In the original version, you only receive the gimmicked queens but in this updated version exclusively produced by Penguin Magic, Max Maven’s B’Wave Deluxe gives you not only the option of performing with the Queens like before but also the Jacks and Kings. You also get 6 blank face cards and 3 Jokers, with the entire stack of cards in a mix of red and blue backs all printed on regular USPCC air-cushion Bicycle card stock.

Everything comes in a neat little ziplock bag which is backed with stiff cardboard to protect your cards. You can of course simply keep your gimmicks in their original packaging but as mentioned in my previous review, I store my B’Wave Deluxe cards in my Razor wallet which practically lives in my everyday bag.

What also differs from the original is that you receive a half hour long video tutorial by Max Maven. He begins with the proper pronunciation of this killer card trick which actually isn’t “B-Wave” (cue dramatic stage gasp) and just by watching his presentation, you’ll realise there’s just so much clever psychological subtleties and nuances to learn from the master of mentalism himself! Prepare to fry the minds of your audience with this incredible three step reveal 😉 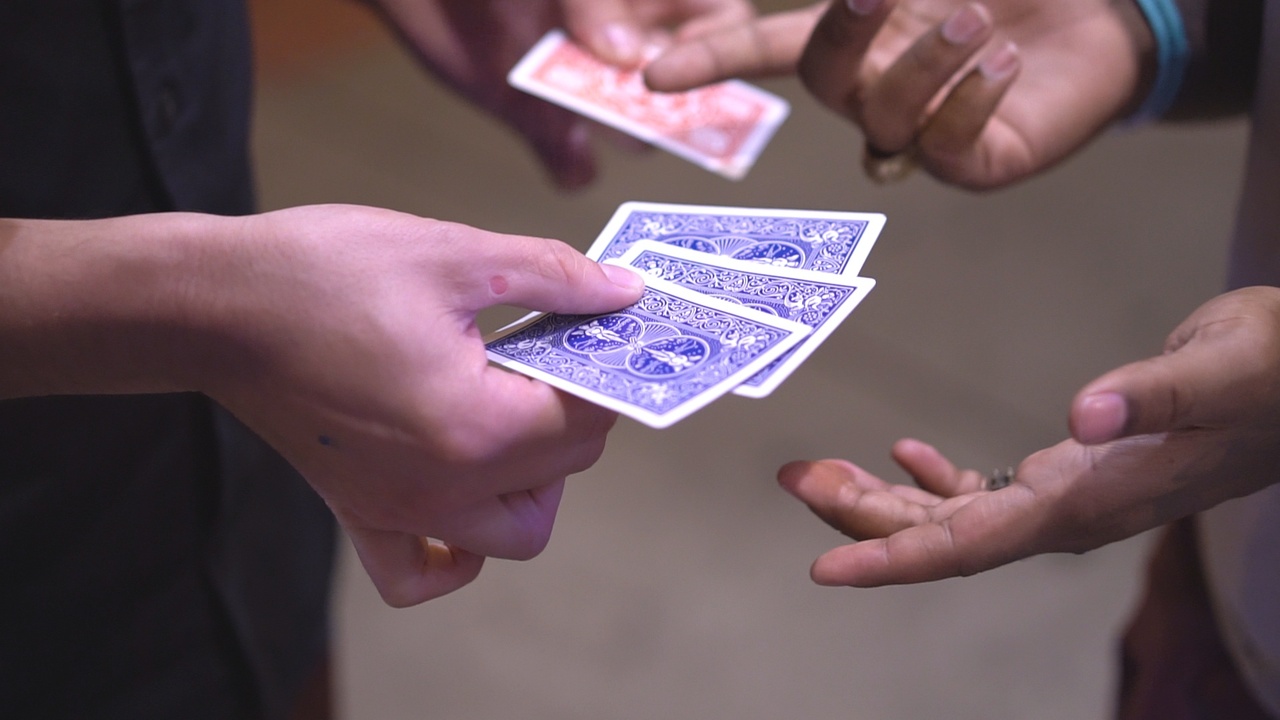 In the right hands, the B’Wave Deluxe is a brilliant masterpiece because not all card tricks have to be a flashy show of fast cuts, complicated shuffles, and cardistry flourishes. It really depends on where a particular routine is in your show set. And don’t forget… Magic is all about communication. So if what you present is good and clear and flows smoothly, with a focus on the people you are performing for, you’ve got yourself a winner.

When I was still performing on stage, I used a jumbo version of this card routine in between our grand illusions as it was always a crowd pleaser. Not to mention it packs flat and plays big. And in my table hopping/ strolling magic sets, B’Wave is also a staple in my close up magic repertoire because it’s visual and really grabs people right away. You can hear them react so loudly, folks from the other side of the event space would be looking over.

Now that a generous variety of different gaff cards are included in this deluxe version, you can immediately switch out the cards and perform the routine again to the same crowd (it happens ever so often when you’ve just shown a group a great trick and then they call you back to show the same thing to their boss or VIP who’s just arrived) with different outcomes!

I’d encourage you to check out Max’s video instructions even if you’ve performed B’Wave before (if like you, my original set from two decades ago came with short brief written instructions) or if you think you already know how it’s done. There’s a difference between knowing the secret behind a trick and understanding how to best present it, so the 25 minutes invested in watching Max’s online tutorial will be invaluable to all performers. The man is a living library of magic history and knowledge!

In this powerful card routine which packs a lethal 3 combo revelation, not only do you have their chosen card turned to face them, the rest are clearly shown to have different coloured backs and their faces are actually blank! Doing everything right, you may just be able to convince folks that you’re a true psychic using just 4 cards and zero sleight of hand. While the gaffs can’t be handed out for inspection (why run if you’re not being chased) everything looks extremely clean and fair. Easy to do and inexpensive (trust me, this is the best packet trick in the world and is so worth the twenty bucks), the deluxe version allows you different sets of revelations (Queens/ Jacks/ Kings) and is practically instant reset. A strong staple in my own professional close up set, I recently performed this over Zoom and had stellar results. P3’s B’Wave Deluxe by Max Maven comes with my highest recommendations! 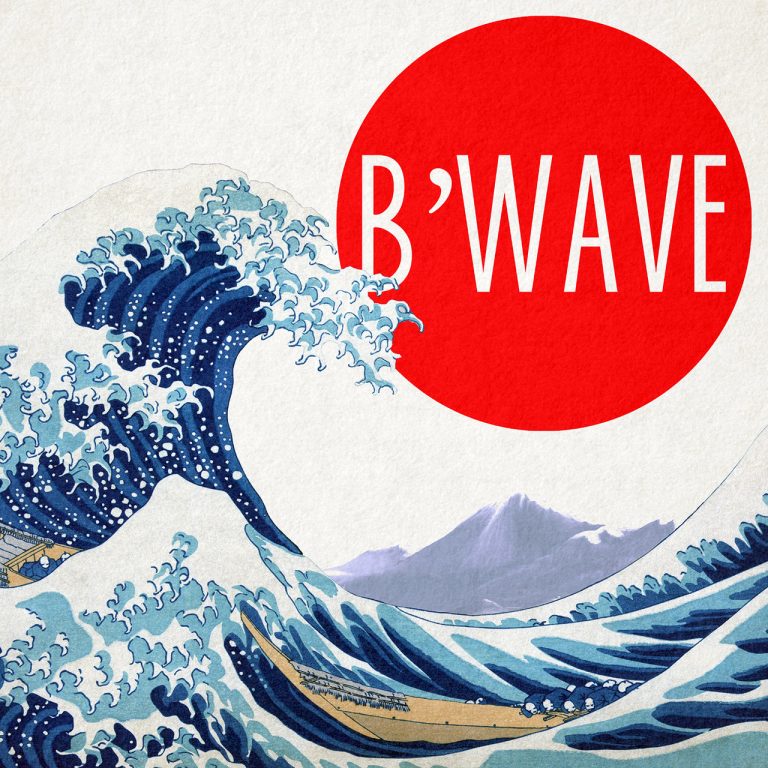