[vc_row][vc_column width=”2/3″][vc_custom_heading text=”Reviewer: John Teo”][vc_column_text]This is the third installation of Conscious Magic by Andrew Gerard and Ran Pink.  It is not explained why the name of this product is called “Conscious Magic”.  It contains 4 effects – they are all on mentalism, as can be expected from creators like Andrew Gerard and Ran Pink.  Episode Two also contains 4 effects while Episode One contains 3 effects.

All the tricks are very well thought-through by the 2 creators.  Their presentations are also so well crafted that they belie the simple methods used to create them.

Here are the descriptions of the 4 tricks so that you can decide if this type of magic is for you.

Accuracy – performer brings out a coin and 2 bills of different denominations.  A spectator spins the coin and notes whether it lands heads or tails.  She covers the coin with any object, for example, a drink coaster.  She crumbles one of the bills and hides it inside her closed hand.  She sits on top of the other note.  All the three items are out of sight of the performer.  When the performer turns around, he is able to divine which bill is where and also tell whether the coin is heads or tails up.

STFU – this stands for “Shut The F— Up”, the kind of reaction to be expected from the audience when they witness the performance of this effect.

A card is selected by a spectator.  She holds this card and poses for a photograph taken by another spectator using her cell phone.  The chosen card is then buried into the deck.  The performer causes the spectator who took the card to lose part of her memory.  When she goes through the deck, her card is no longer there.  When asked for the name of her card, she says, say, 7 of hearts.  The performer remarks that this is impossible because he took this card out of the deck earlier and placed it inside his pocket.  He then produces this 7 of hearts from his pocket.  The photograph in the cell phone is recalled – it shows her holding the 8 of hearts, not the 7 of hearts!  The spectator has lost her memory!  This is the presentation as performed by Andrew Gerard.

Ran’s performance involves an impossible transformation, while Andrew’s take of the effect is to cause the spectator to lose part of her memory.  It is interesting to note that different presentations of the same effect evoke different experiences in the audience.

There is a gimmick used for this effect, and it is supplied.  This gimmick is capable of other applications in card magic.  As can be expected from these two men of ideas, there is a session in the DVD where both of them brainstormed for other uses of this gimmick.  Among the ideas discussed were its use in an ambitious card routine, a three-card-monte effect, and an interesting prediction trick using the “one-off” principle first popularized by Kenton Knepper.

The Formula – a spectator does a simple calculation in her mind to determine a playing card and a random location in the deck.  She does not utter a single word to the performer.  A deck of cards is on the table all the time.  She shuffles this deck.  The performer counts to the spectator’s location in this deck, and finds her thought-off card there.  When the deck of cards is turned face upwards, every single card is blank, including the very card selected by the spectator!  This indicates that the entire episode merely took place in the spectator’s mind!  This is an excellent effect that shows how a well thought-out presentation can hide the simple arithmetic involved.

White Room – this effect can become quite an eerie experience for the spectator.  She is to imagine she is inside a white room and she has to paint one of the 4 walls with either red or black paint.  She then paints the value and suit of a randomly chosen card onto two of the other walls.  She does not utter a single word and everything takes place in her mind.  The performer “enters” into her mind and can tell her the identity of her chosen card!

You receive a DVD that explains all the 4 effects plus a gimmick for the effect STFU.  The DVD also contains the “White Room” e-books by Ran Pink.  These publications covers in greater details what to watch out for in the performance, and describes other variations such as performing White Room over the phone, with two people, and an interesting ACAAN-type effect called  ICAINU “Imagined Card At Imagined Number Unspoken”.

When properly performed, all the 4 tricks have devastating effects on the spectators, yet the methods are quite simple.  The effects require good presentation skills and audience management, especially for the “White Room” trick.

Mentalists will not only find new effects that they will be happy to add to their performing repertoire, they will also gain much from knowing that a well thought-out presentation can lift an effect to a very high level. 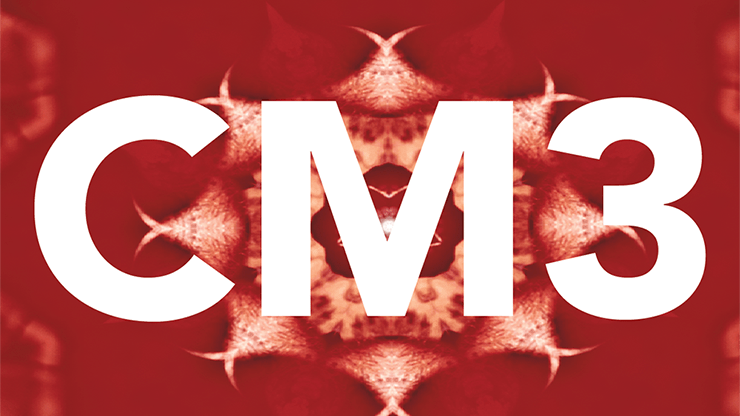