[vc_row][vc_column width=”2/3″][vc_custom_heading text=”Reviewer: John Teo”][vc_column_text]“Conscious Magic” is a DVD featuring 2 of the world’s most respectable mentalists.  They are Andrew Gerard from Canada, and Ran Pick from the USA.

Each of them contributes an effect.  There is also a bonus trick performed and taught by Andrew Gerard.  The DVD comes with a set of Yigel Mesika’s loops for the bonus effect.

All the three tricks are not new effects.  They are classic illusions given a different presentation.  This brings the effects to a whole new level.

In the first offering, “Real World”, Andrew Gerard presents his own version of Paul Curry’s “Out Of This World”.  The main drawback in the Curry’s version is that the two colours have to be switched midway.  This presents a major disruption.  Many versions of “Out Of This World” have tried to solve this problem.  None of them, in my opinion, is as effective as Gerard’s “Real World”.  Gerard overcomes this awkwardness with his presentation of the premise of the trick.

In effect, the spectator is told that our mind is very powerful.  Whatever we think, and when we focus our mind on it, it will manifest into reality.  This is what is postulated by “The Law Of Attraction” in the popular book/DVD “The Secret”.

The performer first demonstrates by putting a red card face downwards aside.  When he concentrates hard on it, it turns into a black card!  A spectator is then told to distribute the cards in a deck into two face-down piles, a red pile and a black pile. Somewhere halfway through, the performer asks the spectator to think in opposites, and put the black cards where the red pile is and the red cards on the original black pile.

When the moment of truth arrives, the two piles are spread face upwards and the spectator has indeed managed to separate the entire deck of cards into blacks and reds, against all the odds!  There are no gimmick cards being employed or sleight-of-hand used.  There are a lot of subtleties and nuances provided by Andrew Gerard that makes this into a totally believable miracle.

The performance footages of “Real World” took place in a bar or pub.  Despite the noisy environment, you can see from the faces of all the spectators that they were all devastated by the effect.

The second effect in the DVD is “T-Rex” by Ran Pink.  It is his center-tear method where the performer appears not to look at the folded piece of billet as he tears it into small pieces, and discards them.  In the process, he already has gained secret knowledge of what was written inside the folded piece of paper.

Ran Pink shows step-by-step how he accomplishes this.  This is certainly the most practical center-tear peek ever devised.  His method eliminates the fumbling which is usually associated with trying to open, read and tear the billet all at the same time, using the other known methods.  Ran also shows how to perform T-Rex using “post-it” notes.

Footages of “T-Rex” took place in the streets.  Again, you can see the unbelief expressions of the spectators, especially the one whose secret information was revealed by the performer.

The thing with center-tear is to provide a good reason why a spectator needs to write on a piece of paper and then tears it up.  Ran Pink addresses all these in the DVD.  Those who are interested to know more about T-Rex are strongly encouraged to get his 120-page book “T-Rex” that comes with an accompanying DVD.

The bonus effect in the DVD is “Optika” which is a bill floating effect, by Andrew Gerard.  Most performer will simply borrow a bill and float it.  Andrew uses a second borrowed bill.  This bill has nothing to do with the secret of floating the first bill.  It simply creates a special premise where the spectators begin to debate whether the first bill actually floats.  You can see from the performance footages that some spectators even swear that they saw the bill floats!  You can see how creating this premise of the effect has raised it to the level of impossibility!

This is the true benefit of this DVD.  Both magicians have taken well known effects and with their presentations, bring each of them to a new meaning of miracles!

You get to learn three effects, and a gimmick to perform one of them.  Most important of all, you get to learn how to make your magic more believable. This is priceless! 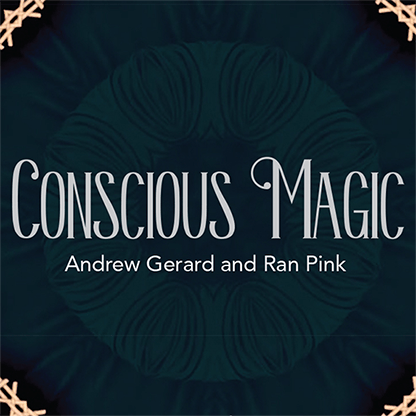