4 spectators are invited to participate.  Each is given a “boarding pass”.  16 cards depicting 16 popular countries in the world for tourists are displayed.  A spectator shuffles the stack of 16 cards and randomly distributes 4 cards to each spectator, including herself.

Each spectator looks at his or her 4 cards and mentally selects one country.  This packet of 4 cards is then mixed so that the person who holds this packet does not know the position of his or her chosen card.

The 4 packets are reassembled and given to the performer.  The performer takes from elsewhere 4 cards, each depicting a different mode of travel, and places each of them face downwards in front of each of the 4 spectators.

The stack of 16 country cards are dealt into 4 piles on the table.  Each pile is picked up by the performer and the 4 countries read aloud.  Whenever a spectator hears his or her country being read, this spectator raises his or her boarding pass.  The performer then places one of the four cards in front of this spectater.  This procedure is carried out with the other 3 piles.  Sometimes, there can be more than one person who rasies his or her boarding pass, and sometimes none.  In the end, each spectator has a transportation card as well as a country card face down in fromt of them.

The first spectator turns over his or her transportation card and it shows, say, an aeroplane.  This person also names his or her destination country, say, Denmark.  The country card is turned over and it is indeed Denmark!  This spectator flies to Denmark.  This is carried out with the second, third and the fourth spectator.  All their destination countries turn out to be correct.  This ends the first phase of the effect.

In the second phase, each of the 4 spectators is asked to think of the name of a companion he or she would like to take along in the vacation trip.  The name of this companion is written on the back of the “boarding pass” while the performer’s head is turned away.  The passes are collected together, mixed, and given to the performer with the written side facing downwards.  The performer turns the first pass card face upwards to display a name.  By studying the faces of the 4 spectators, he can pinpoint which spectator takes this person as his or her travel companion.  He does this correctly for the next 2 spectaotrs.  For the last spectator, the performer does not turn over the pass card – in fact, he divines the name of this spectator’s travel partner!

The third phase is best performed with an individual spectator.  A passport holder that has a picture of a world map is given to the spectator.  She takes the holder behind her back, and with a marker, marks a “X” anywhere on the holder cover.  When the holder is brought out, the country nearest to the “X” is deemed to be her randomly chosen country.  Let us assune it is USA.  Inside the passport holder is a prediction.  It states exactly the selected country – USA!

You are supplied with a deck of 24 cards.  The cards are a little larger than poker sized playing cards.  They comprise 16 different country cards, 4 boarding pass cards and 4 different modes transportation cards.  All their backs are plain and clearly unmarked.  The cards are thicker than the usual playing cards, and are fully laminated.  They are beautifully produced.

You are provided with a password to download 3 videos from the internet.  The first video features Paul Mc Caig performing and then explaining the full 3-phase effect.  The second video has Luca Volpe providing his own explanation of the entire routine.  Paul Mc Craig comes on again in the third video to give additional presentation ideas and tips.

Steve Cook was opriginally inspired by Frank Garcia’s “Poker Mental” effect, and applied the premise to non-playing cards.  Paul Mc Craig and Luca Volpe brainstormed and provided the second and third phases.  The entire routine is based on the applications of various clever priniciples of mental magic.  It is easy to do, and there is no need for fishing or memory work or crib.

The effect has an interesting vacation theme and allows for much audience interactions.  The entire routine is described here in some details so that you can see for yourself if this type of presentation suits your performing style. 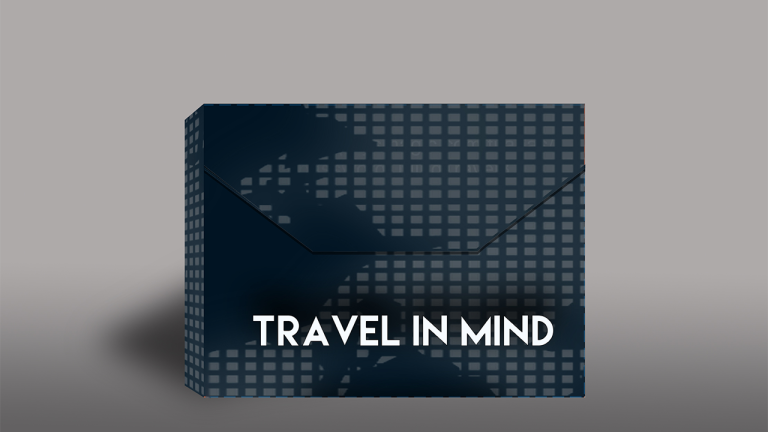